The Coinbase IPO is coming according to SEC filing

The Coinbase IPO is coming, according to SEC filing

Coinbase has sent draft registration to the SEC, leaving a future IPO in the commission's court. 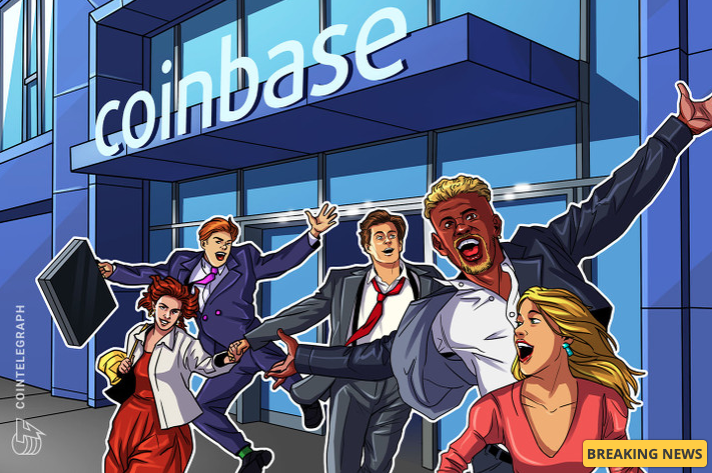 One of crypto's most-anticipated initial public offerings is one step closer.

On Thursday, Coinbase announced that the firm had sent its draft registration for a public offering to the Securities and Exchange Commission. The company wrote that:

"The Form S-1 is expected to become effective after the SEC completes its review process, subject to market and other conditions."

Per its last valuation, Coinbase was worth $8 billion, but that was in 2018. As it stands, the firm is one of the biggest names in crypto and has a reputation for working well with U.S. regulators, two factors that have long put Coinbase as one of the frontrunners in the race for crypto's major IPOs.

However, the S-1 in question is confidential for the time being, so information is limited to Coinbase's very brief announcement of the matter. Strangely, Bitcoin's price has, as of 21:20 UTC, slipped by over $600 since the announcement broke just over two hours ago.

Likely, this is not a problem for Coinbase, which sporadic service during times of major price action.

Though the draft is still awaiting the SEC's review, Coinbase has been eyeing an IPO for some time. Indeed, the whole crypto industry has been waiting for shares in any of the major exchanges to see public trading, but the rigors of SEC registration and the rich ecosystem of private investment have stalled that process. ASIC manufacturer Canaan Creative is maybe the most noteworthy crypto-centric firm to trade publicly, but its shares have seen lackluster performance since its IPO just over a year ago.

As of publication time, Coinbase had not responded to Cointelegraph's request for comment.

Original article posted on the CoinTelegraph.com site, by Kollen Post.