From Crimefighter to ‘Crypto’: Meet the Woman in Charge of Venture Capital’s Biggest Gamble

From Crimefighter to 'Crypto': Meet the Woman in Charge of Venture Capital’s Biggest Gamble

Kathryn Haun was the Justice Department's go-to prosecutor for Bitcoin-related felonies. Now she's one of cryptocurrency's most important investors. Here's why her career change is a watershed moment.

“Let’s settle this!” an announcer rumbles over loudspeakers.

The “this” in question is one of the more important business disputes of the moment: Are alternative currencies like Bitcoin the future of financial services or a 21st-century Ponzi scheme? To get resolution, a Mexican data center company called KIO Networks is hosting a debate in a smoke-filled arena in the graffiti-coated Hipódromo Condesa neighborhood of Mexico City. The atmosphere screams lucha libre, the stylized form of Mexican wrestling that features acrobatic moves and dramatic masks.

On this late-September evening, the main event features two intellectual heavyweights from the United States, both highly credentialed, neither wearing disguises. In one corner is Paul Krugman, the New York Times columnist and Nobel laureate in economics. In the other is Kathryn Haun, an accomplished federal prosecutor recently turned venture capitalist.

Krugman’s position is predictable. He sees the rise of cryptocurrency networks—decentralized digital services that run on computerized money like Bitcoin—as an unnecessary throwback to a distant era, when precious metals made up the money supply. “I don’t believe we’re at the dawn of a new age,” he says. He delivers a smackdown on an investment craze that the likes of Jamie Dimon and Warren Buffett have repeatedly pooh-poohed: “I think 15 years from now, it will look a lot like Pets.com.”

Haun sees things differently. To her, virtual currencies and the technologies that underpin them are society’s saviors: a last great hope at reclaiming power gobbled up by greedy banks and Internet monopolists. “Facebook, Amazon, Netflix, Google, they control all the rules,” she says. “They have all the users. They have all the power.” The new technology, Haun argues, allows eager, entrepreneurial developers to compete. She throws her weight behind the democratizing dream of the new technology’s acolytes. 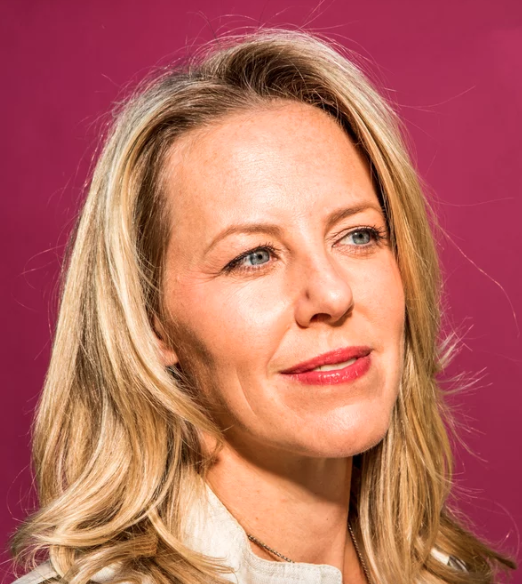 Haun largely wins over the crowd, a collection of the megalopolis’s tech elite. And they like her visuals too. At the outset of her talk, five giant screens project the mug shots of corrupt U.S. law-enforcement officials she convicted in her previous career. But the audience isn’t enamored of Haun merely because she once was the sheriff in the Wild West of “crypto.” She excites them because now she’s joined their side. As one of the newest partners of the estimable Silicon Valley venture capital firm Andreessen Horowitz, Haun’s job is to find the next big thing in cryptocurrencies—and to help their founders succeed while staying on the right side of the law.

Haun is making her career shift at a precarious time. Cryptocurrency markets have been in free fall all year. A global speculative mania for virtual coins that sent valuations above $800 billion in January has dwindled to $200 billion. Bitcoin has lost two-thirds of its value, and Ethereum, the second-biggest cryptocurrency, is down 90%.

Haun and her new partners are undaunted. Investment crazes often spawn bubbles. But what’s left after they pop, if the true believers are right, are new industries. Firm cofounder Marc Andreessen, after all, parlayed his work developing the first commercial browser into Netscape, the flawed startup that helped beget the World Wide Web—and many billions of dollars in investment returns for the Internet industry. Haun also is unfazed by her lack of professional investing experience. “For entrepreneurs to want to work with you, they need to think you have some strategic vision, some hustle, and an ability to get the job done,” she says. These are the same skills, she posits, that a prosecutor needs to persuade FBI agents and others to work with them.

Bridging worlds, then, is one of Haun’s chief attributes. “She has this rare blend of having been in government and having a business-centric mind,” says David Marcus, a senior Facebook executive who sat on a corporate board with Haun. Adds Anthony Kennedy, the newly retired associate justice of the U.S. Supreme Court, for whom Haun clerked: “I’m quite reassured that someone with her talents and background would go into this new area.” Her involvement “is a tremendously important link between the law and the cyber age. And she recognizes that.”

A version of this article appears in the Oct. 1, 2018 issue of Fortune with the headline “Jumping The Fence.”

This is just an excerpt; the complete article can be read on Fortune.com.